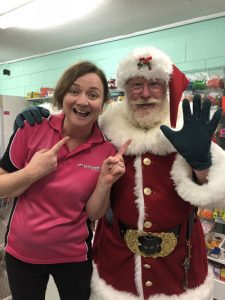 How lucky is Lollyworld to have Santa visit!

He was picking up his candy canes that he’ll be giving out to all the girls and boys that have been good this year.

You can have a visit from him too. He has his own website so Mrs Claus can keep track of where he’s supposed to be. 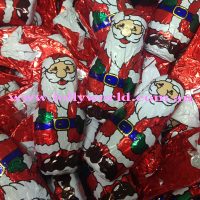 With the year going so fast you are not going to want to hear we have just put our order in for Candy Canes. Maybe it’s age or just the fact that you become so busy with ‘life’ trying to make the most out of every minute of every day that time just seems to disappear. Not that you don’t feel productive in that time, but you feel like you need more of it. I love the festivity of Christmas. I love the 2 week break I finally get with an online business, free time becomes more of an enigma than a reality. People out there in the internet world look at your business as more of an automation than the fact that there are humans behind it making the cogs tick over. But that’s where the love of sending orders in the mail comes.

I had a pen pal as a kid, two in fact, one in New Zealand and one in America. The one in New Zealand came from answering an ad in a magazine for pen pals to write to her. She was about 11, as was I at the time, and the best thing in the world was receiving that letter in the mail. firstly because it was magical to me that something could come from a land so far a way and just that there was something in the post with my name on it, just for me.

That’s how I imagine receiving your box of lollies and chocolate would feel only it’s just that little bit better, isn’t it 🙂

The other was an exchange student we had at school I kept in contact with, she came from Milwaukee. And yes that’s exactly what I thought at the time, she must know Laverne And Shirley!! OMG I sang the song every time her letters came in the mail. That and ‘Grandma got ran over by a reindeer’ a song she had taped for me from a local college radio station, ah the memories.

So, CHRISTMAS IS COMING, get ready, we will have it up and ready to go in September, so keep an eye out at this link 🙂 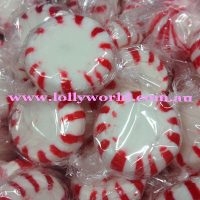 When you’re a kid, Christmas can’t come quick enough. All you have to do is eat, sleep and await the man in red to laden beneath the Christmas tree an abundance of gifts that you’d spent months writing a list for.

We’d spend each year on my Grandparents farm with all the cousins, about 20, and camp out in the paddock. Christmas lunch was always a roast, one that you then spent the next 20 years trying to replicate. The smell and taste bringing back all those fond memories of chasing the cows, playing in the creek catching turtles and having your favourite Uncle sneak you beer… an occasion apparently my kids then cottoned onto a little too well…

For table decorations of candy canes and starlight mints, gifts of chocolate baskets or lolly bags for corporate Christmas parties, we have it all and can deliver right round Australia.

Purchase online or give me a call, I can help make this years Christmas party fun for everyone 🙂